Last Spring I showed ya'll how to make awesome shirts.   And boy were they awesome.  I was getting pretty sick of the same old work shirts, so it was time for 3 new additions. 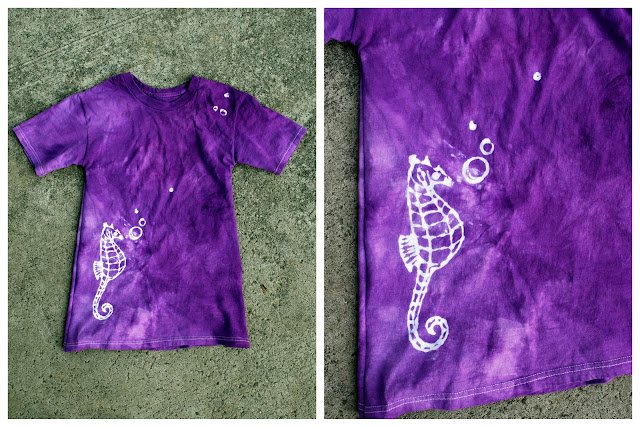 I have an affinity for seahorses.  I think they are so very strange and I want some.  This shirt turned out about 700 times more purple than I had planned on, but, *shrug* what can ya do? 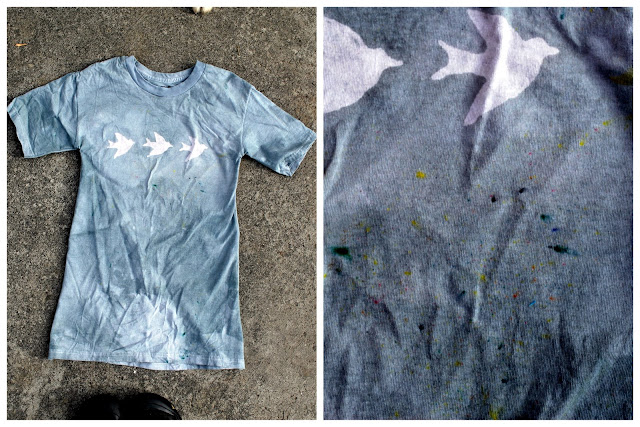 More doves.   I accidentally did this super-awesome dye affect where there were some color splatters amid the gray.  I blame it on not mixing up the dye thoroughly.  And I like it. 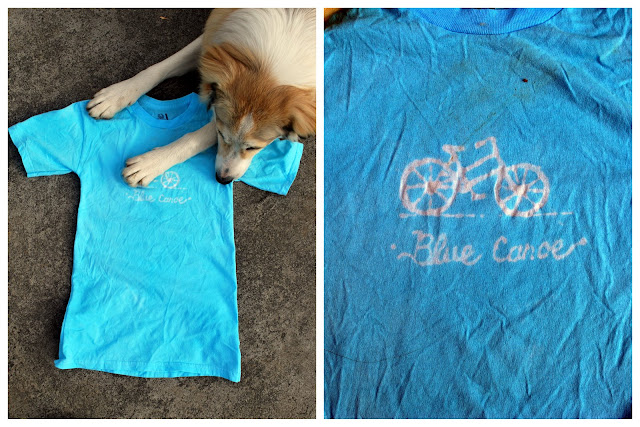 This shirt was supposed to be my favorite (it is clearly Gesso's favorite).  It was going to showcase my beloved bike, The Blue Canoe.  But.  I don't know.  I went back and forth between having the name underneath the bike, and now I wish I wouldn't have.  It seems too groupy or something.  And the close-up was taken after I removed Gesso's dirty paws from the shirt = bad picture.
So go ahead, make yourself some awesome shirts. 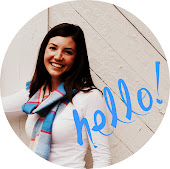 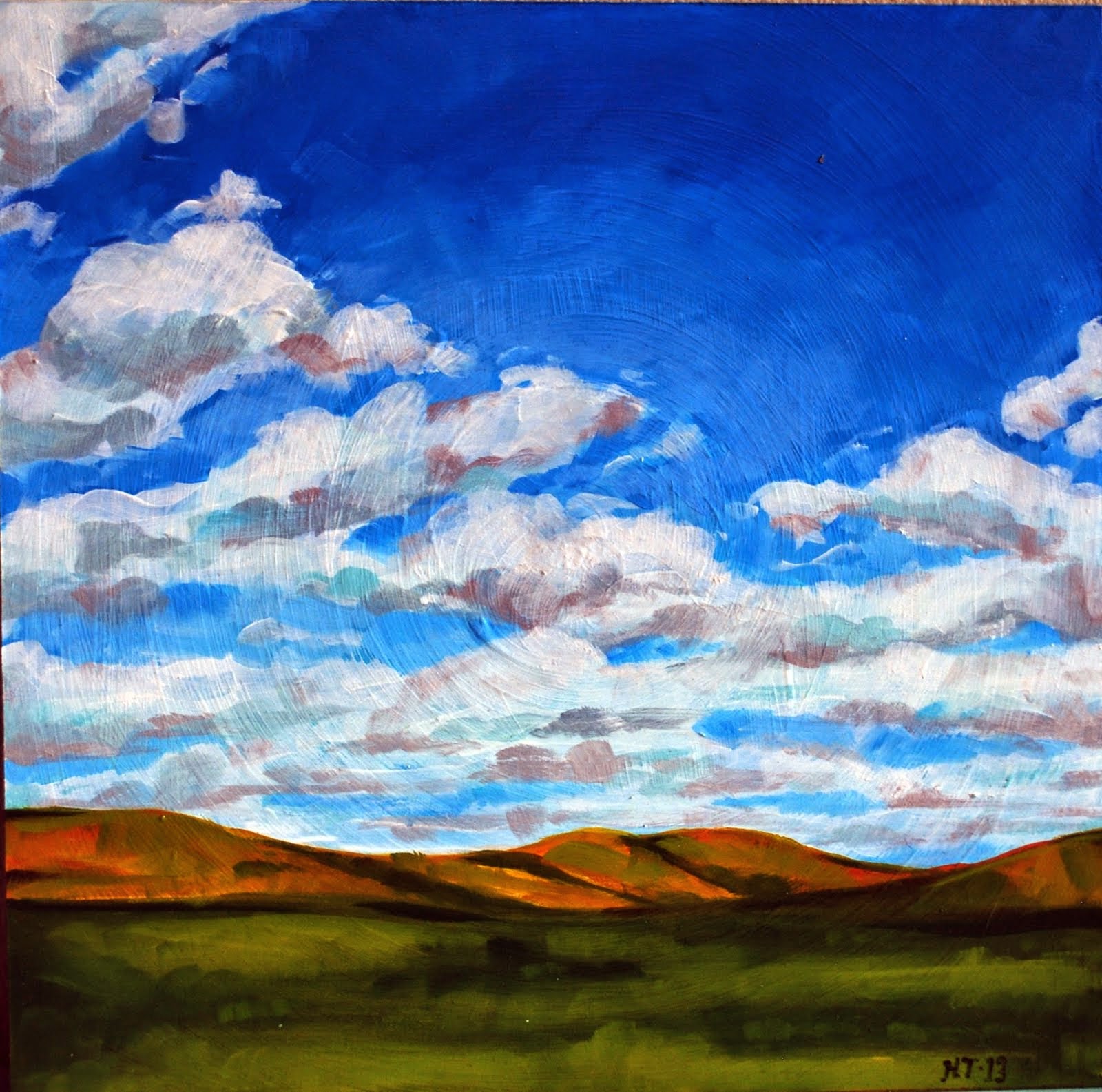